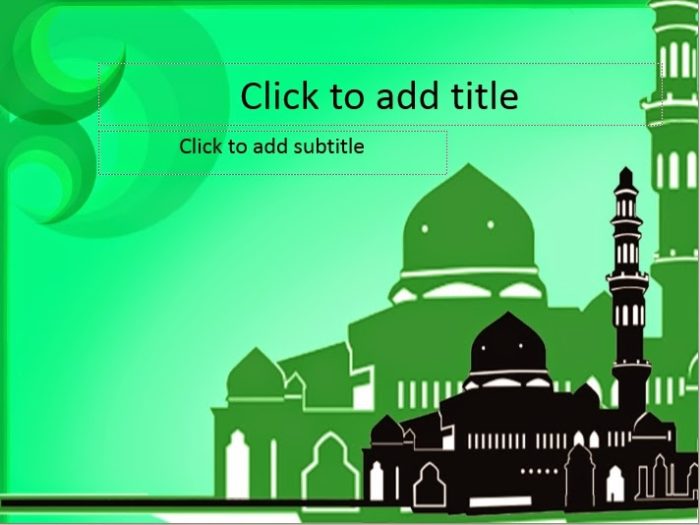 The mosque has no fixed form, but depending on the culture of the local Islamic community. The General form of a mosque is a mosque Tower existence. The tower at the mosque is usually high and located at the corner of mosque complexes. The tallest minaret in the world is located at the Hassan II Mosque, Casablanca, Morocco. The dome is also one of the characteristic of a mosque. 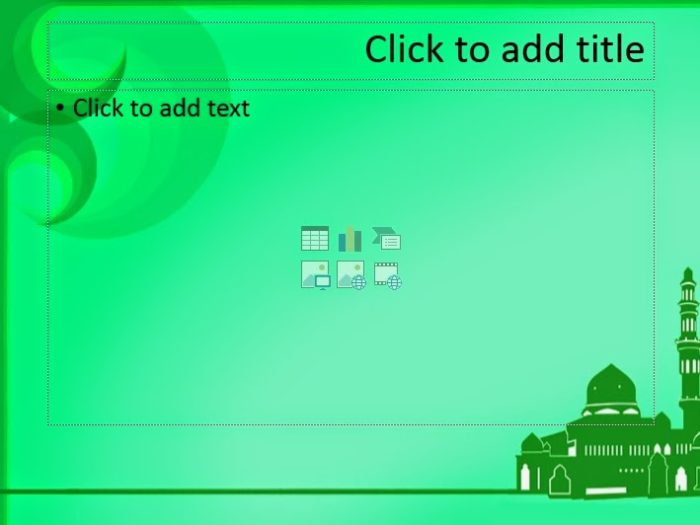 Over time, the dome was expanded into a place of worship with the same underneath. While most wear a round and a half dome, mosques in the region India and Pakistan put on a dome-shaped onions. on the template power point shows a mosque big enough.

The mosque has a dome and a high tower like a mosque in General. tpower point mosque with the template can be used for presentations with religious material. However, it can also be used for other materials.