Squidward Tentacles is the tritagonist and a fictional character voiced by actor Rodger Bumpass in the American animated television series SpongeBob SquarePants. Squidward was created and designed by marine biologist and animator Stephen Hillenburg. He first appeared on television in the series’ pilot episode “Help Wanted” on May 1, 1999. Hillenburg designed Squidward with six tentacles, believing that “it was really just simpler for animation to draw him with six legs instead of eight”. 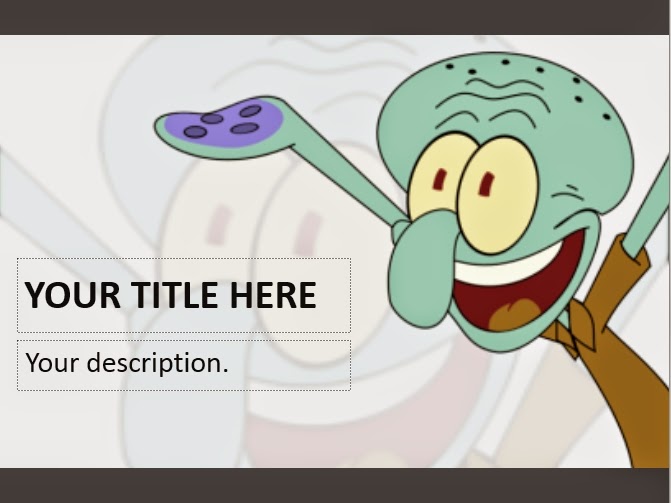 Squidward is an anthropomorphic octopus who lives in a moai between SpongeBob SquarePants and Patrick Star’s houses. The character is portrayed as ill-tempered, pretentious, and cynical, and strongly despises his neighbors for their constant boisterous, noisy behavior. However, the pair are unaware of Squidward’s antipathy towards them and see him as a friend. Squidward works as a cashier at the Krusty Krab restaurant. 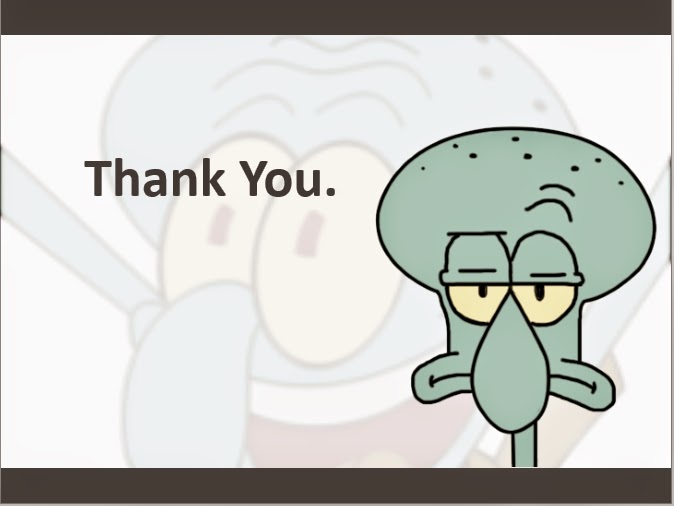 Squidward longs for peace but his wishes remain unsatisfied. He believes he is talented and is deserving of a higher social status. The populace of Bikini Bottom do not perceive Squidward as talented in the arts; they frequently boo him and walk out on his performances.

Squidward and spongebob always in trouble and in a fight, but they loving each other.
This powerpoint presentation using Squidward as the main design to interest the people especially the kids.