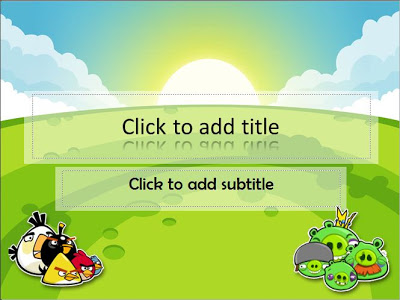 Do you like Angry Bird?
Angry bird is a kind of game that became famous as the release of the smartphone. Since then the figure in the angry bird began to tune a lot of people. From it we get the idea to create a template with the theme of angry bird.
Angry Bird template for your powerpoint 2010, with simple animations, translation animation, white square transparent, green theme like a Angry bird games.