This power point template is about a bicycle or usually just called as bike.
Bicycle is one of the means of transport in the world. the bike is an environmentally friendly means of transport. In addition to the cheap price, bicycles do not cause air pollution, noise pollution and environmental pollution. the reason for this was the one who made the developed countries prefer a bike into a transport tool favored by the people. 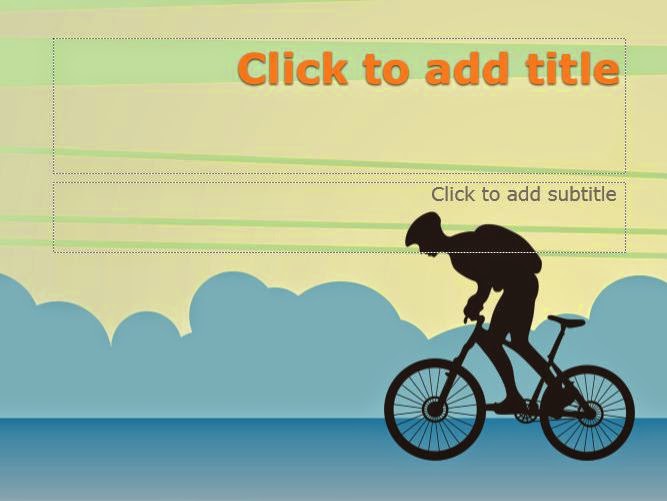 Communities in countries like Korea and Japan are more fond of using bicycles as their main means of transport. Does the bike instead of the vehicle quickly. But the bike is the safest vehicle, rather than motor vehicles. Many benefits of cycling. In addition to driving, bikes can also be used for sports.

In the slide, there is people who were riding a bicycle on the long road with a light blue colored cloud as the backrgound. 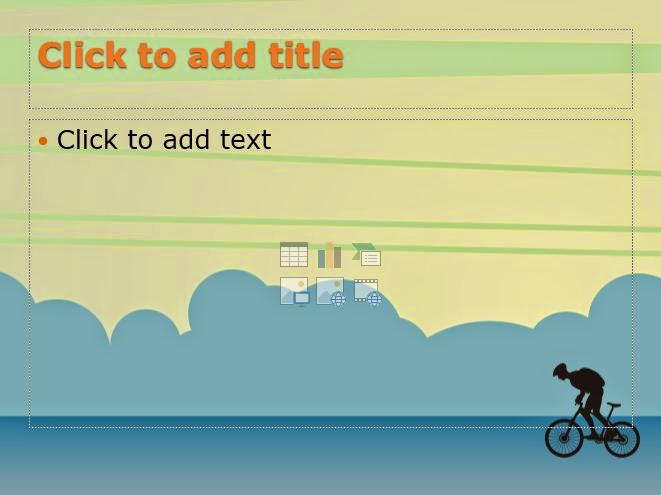 The afternoon is the right moment for cycling. Under a blazing sun to be immersed into a pleasant atmosphere makes the cycling.