Penguins are a group of aquatic, flightless birds living almost exclusively in the Southern Hemisphere, especially in Antarctica. The largest living species is the emperor penguin (Aptenodytes forsteri). The smallest penguin species is the little blue penguin (Eudyptula minor), also known as the fairy penguin. 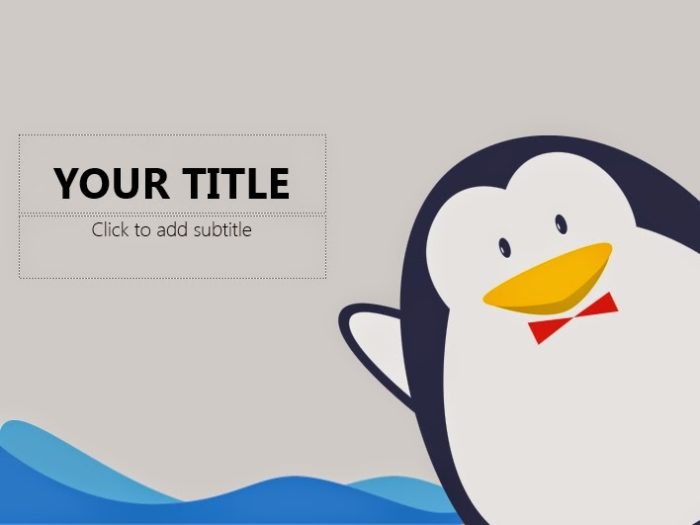 Among extant penguins, larger penguins inhabit colder regions, while smaller penguins are generally found in temperate or even tropical climates. Penguins are popular around the world, primarily for their unusually upright, waddling gait and (compared to other birds) lack of fear of humans. Their striking black-and-white plumage is often likened to a white tie suit. Mistakenly, some artists and writers have penguins based at the North Pole. 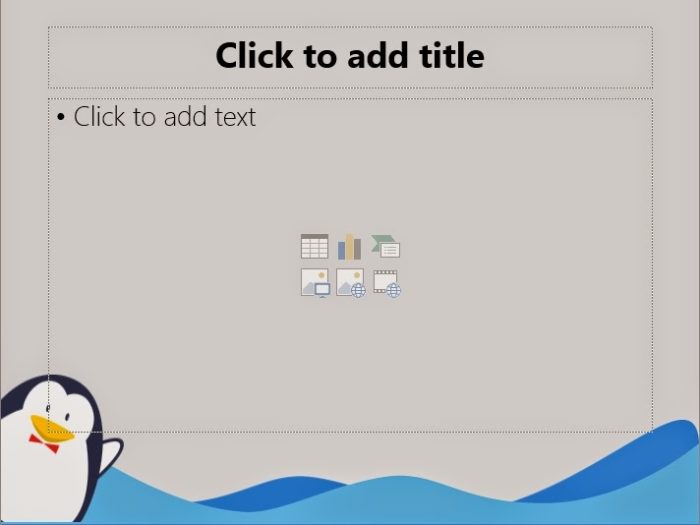 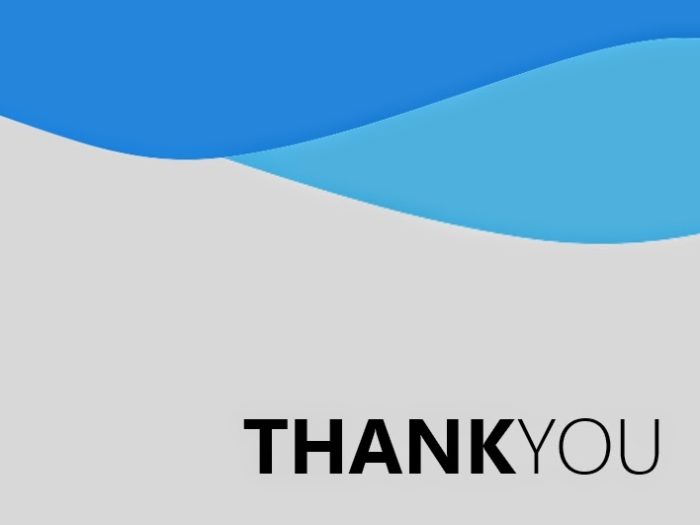 The penguin characters which shown in this power point template is the penguin that drawn as a cute penguin with blue-white colored skin and wearing a red tie. This cute and eye cathcing penguin it is made to make the presentation look more interesting.
On the first slide, the presenter can write the title of the topic.

And then, in the next slide presenter can put the the content or the material that will be presented.
In the bottom of the template there is a blue wave to make it more beautiful to see.